In 1995 I first went rock climbing with a host of other youth and some camp counselors. I had taken a position as a Junior Counselor at a summer camp in North Carolina, an opportunity which came through the urging of my boyfriend at the time and being a 15 year old girl with no other real interest except her boyfriend I decided it was a good idea. Once there I was informed that I was to pick an activity to help facilitate throughout the summer. There were the usual things like beading, swimming, horseback riding, archery, backpacking, but then there was this thing called rock climbing. I had seen some kids climbing on the vertical, wooden wall in the back of the camp and it seemed like a strange but cool thing to do, I signed my name on the sheet. I was taught how to belay, how to make a swiss seat for a harness, how to rappel and how to build a top rope anchor. We went through all the commands, nomenclature and protocol. I picked out a helmet and a Figure 8 and learned the ropes from a guy named Chris. I fell in love with climbing that summer and made a vow to myself to pursue it always.

Summer ended and I returned home to Louisiana. I kept climbing but relied heavily on the skills and knowledge of my boyfriend and other male peers. The climbing community was small and I only knew of two other girls who were interested in it at the time. But, they too relied on their male counterparts to lead the way. Road trips were taken and new crags were explored and as I gained more confidence I grew antsy to start leading. My motivation and determination had me quickly arriving at the skill level of the guys but I still felt that it was something I needed to do with them, I wasn’t confident enough yet to go out with the girls alone.

Through the next 10 years the climbing community blew up worldwide and more and more women were coming onto the scene. I ventured out alone, met new partners and even took out some of my girlfriends to climb. I was meeting more and more females who were keen to go bouldering or sport climbing and these two disciplines dominated my climbing for many years. However, I still found myself looking to the males for instruction on how to use certain gear, or for good spotting at the boulders and for navigating through tricky to find terrain. 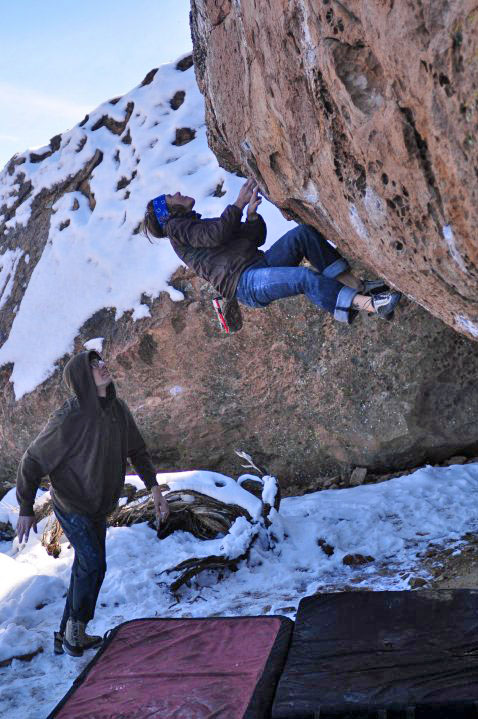 In 2005 tired of leading a “normal” life and wanting to experience some real adventure on the rocks I left behind my boyfriend, my job, my best friend, packed up my truck and headed to Yosemite. I had been there once before but I was still intimidated by the sheer walls of granite, seemingly endless cracks and featureless faces. Even though I had climbed V8 and 5.13 by this time I felt very much like a beginner in Yosemite. I needed to learn the style, the techniques and how to use the gear. Eric Ruderman was one of my first Valley partners, as was Karl Baba, Surfer Bob, Chad Shepard, Eamon Schneider, Jesse Chakrin and Ron Kauk. These guys were encouraging and supportive but would also take the lead at the slightest sign of uncertainty. And even though this was the Big Valley and many women had already made impressive gains for females in the sport there weren’t a lot of women around when I first arrived in Yosemite. I was once again reliant on the men to be the teachers. 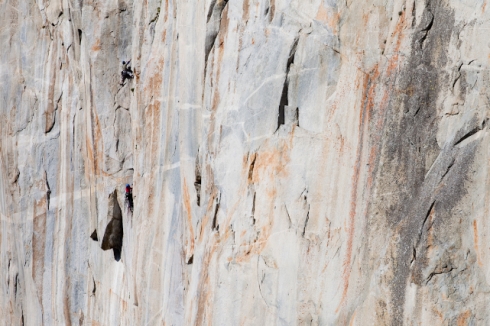 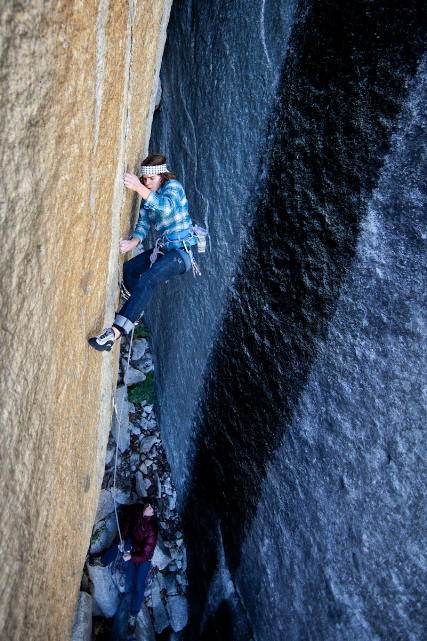 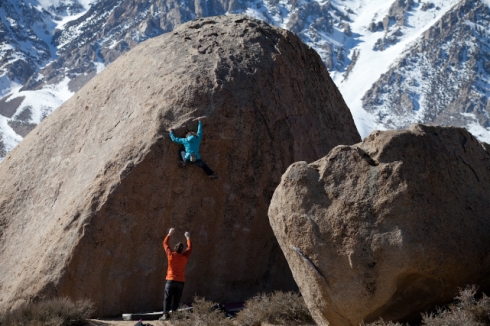 In 2006 I met a gal named Sara Vera. She was strong, independent and keen to go climbing. She had a rack, I had a rope and we partnered up for some adventures. We spent hot Valley days hiking up to the Cathedral Spires only to get shut down because we couldn’t find the route, or bailing off of “easy” 5.9s because they were wide, gaping and terrifying. Sometimes we were successful and would summit a dome or a formation and then summer ended and she went back to Idaho. In 2007 I picked Sara up in Vegas and we headed to Red Rocks. We romped our way up the classic Epinephrine and reached the summit just before sunset. We had a great climb but got lost on the summit looking for the descent. The wind blew too hard for us to hear each other and darkness descended all around. With no hope of finding the correct way down in the dark we shared our very first shiver bivy. Tucked under a small bush, covered by the rope, we spooned until first light. We made it down the next morning and had earned a new notch on our belts as women in the outdoors. 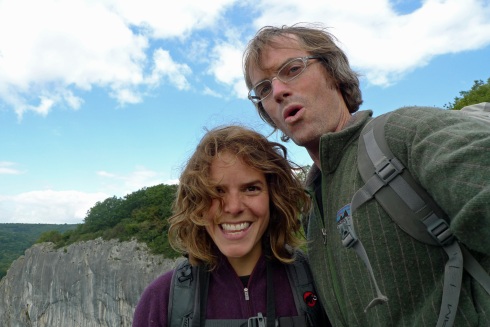 In 2009 I met my husband in Yosemite and we partnered up for many climbs not just in Yosemite but world-wide. It is with him that I climbed El Cap for the first time, have freed wall routes, learned how to haul a bag, learned how to set-up a portaledge, climbed 5.14, prusiked up stuck ropes, stayed out too long in the rain, thrown tantrums at the crag, cried, got scared and relied on him to finish the pitch. He has taught me so much and has been unwavering in his love and support and has been one of my best partners ever. It’s that old habit I have of looking to the men around me to show me the way. But, in the last few years with the knowledge and skills I have picked up through the years I have been seeking out females to climb with and not just for bouldering and sport climbing but for trad routes, walls and rocky alpine endeavors. In the last few years I’ve met more and more skilled and adventurous ladies out there and my quiver of rad women to tie in with has grown substantially. 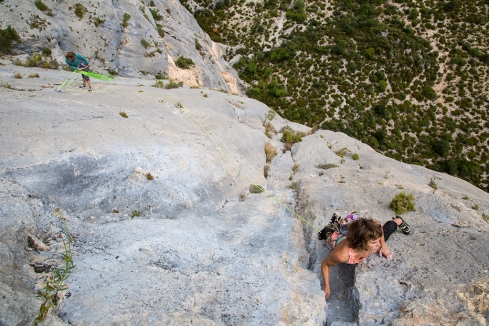 And these are real women with real lives – they are mothers, they are teachers, they are nurses, they are engineers, they are scientists, they are doctors, they are athletes, they are cooks, they are powerful and they are inspired. I’ve had some amazing times and some very hard times with these ladies but we look to each other to lead the way, we support one-another and encourage one-another. We are women and we are strong and we are capable. The men in my life who have been there to show me the way empowered me as an individual but also as a woman. They saw in me the potential and drive and helped to bring me to the place I am today. Without those men I wouldn’t be the woman I am now and as the woman I am now I am grateful to them for that but I am also jazzed to be out on the sharp end with the ladies in my life making our own way.

This is dedicated to all the women and girls out there pushing themselves in their endeavors and embracing their power as females. A shout out to the following for being psyched and inspired partners: Sandra Horna, Eliza Kerr, Shannon Vallejo, Mandi Finger, Christina Freschl, Sara Vera, Thea Marie, Ann Raber, Caroline George, Beth Rodden, Jill Church Waters, Lisa Bedient, Kate Rutherford, Ashley Helms, Trish McGuire and all the rest.

A Louisiana raised California climber. END_OF_DOCUMENT_TOKEN_TO_BE_REPLACED
This entry was posted on Friday, July 3rd, 2015 at 9:10 pm and tagged with katie lambert climber and posted in Uncategorized. You can follow any responses to this entry through the RSS 2.0 feed.
« Fun and quick bouldering clip
A Women’s Revolution, Pt.2 »